Michael Chesterman, Consultant at Helix Legal discusses what the reality is for the construction industry amidst unprecedented times due to the COVID-19 pandemic. As such, he poses that legislation should be tailored to reflect such reality.

I have heard it said on numerous occasions that as a result of the COVID-19 crisis, ‘we are all in this together’ and ‘there is only one team Australia.’ I, of course, agree with those statements. However, these statements must be backed up with action and in terms of what needs to happen, governments are delivering stimulus and job-saving initiatives.

There is another very important thing that governments must do to assist businesses in these unprecedented economic times and that is, if necessary, modify, delay or repeal existing or proposed industry regulation. In this article, I am focusing on the construction industry.

What is meant by the term ‘economy in hibernation’?

In an online article where the Prime Minister is quoted or statements are attributed to him, the following is stated:

“The idea is simple – there are businesses which will have to close their doors. They will have to keep them closed either because we have made it necessary for them to do so, or simply there is just not the business to keep their doors open,” Mr Morrison said.

Regulation of the construction industry in these extraordinary times.

The definition of ‘bespoke’ means “made or fitted to the needs or preferences of a specific customer.” The construction industry is a ‘specific customer’, entailing all the various stakeholders and parties. In these exceptional times, no stakeholder or party is more important than any other.

According to a report compiled by CSQ and the CSIRO entitled ‘Are you ready for change?’, it is stated that there are 71,000 businesses of all types operating in the Queensland construction industry.

The Commonwealth and state governments share responsibility for regulating the industry.

The industry is regulated by the Commonwealth Government through legislation, policies and requirements such as: 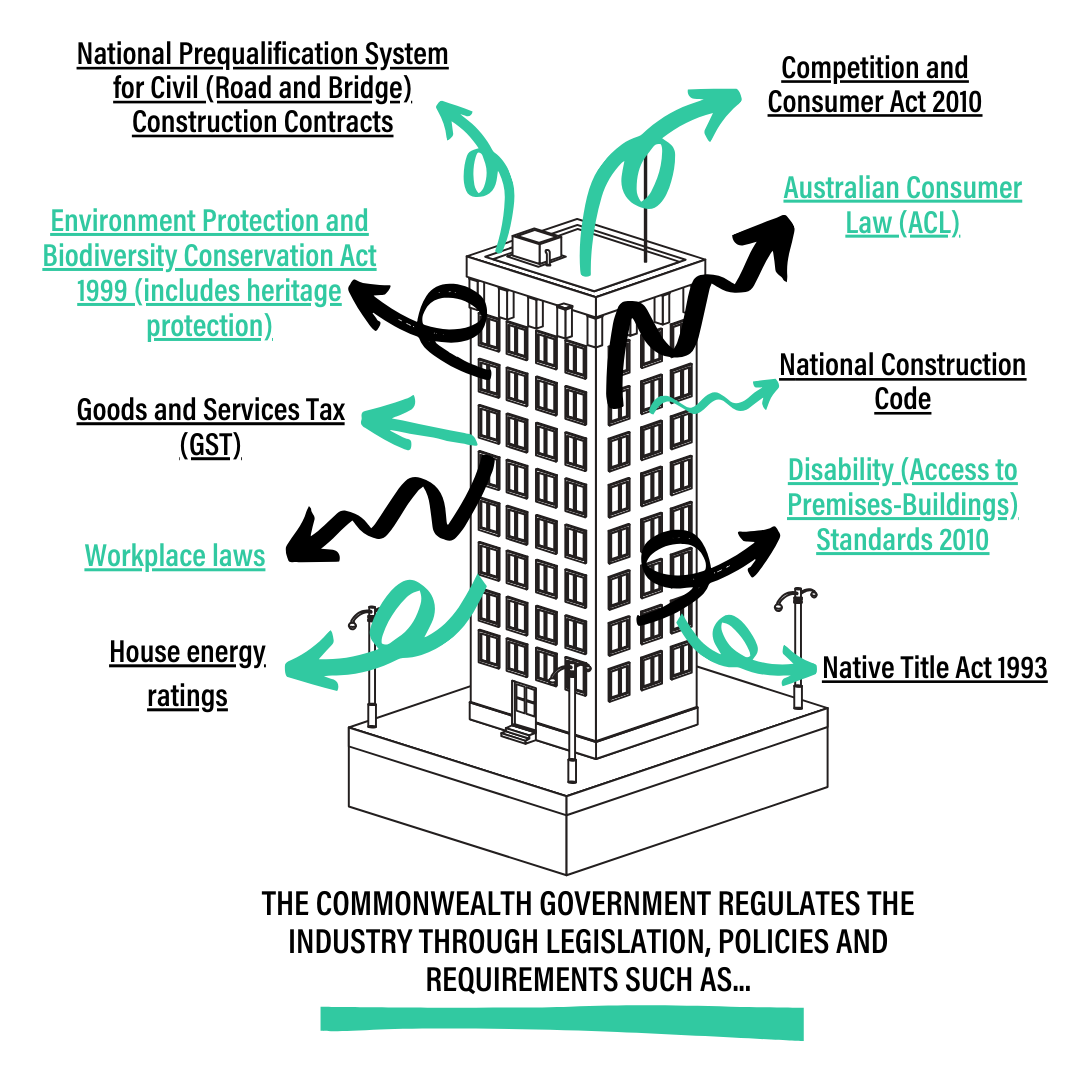 The Australian Building and Construction Commission enforce industrial relations and other associated issues.

The State Government is responsible for regulating such things as: 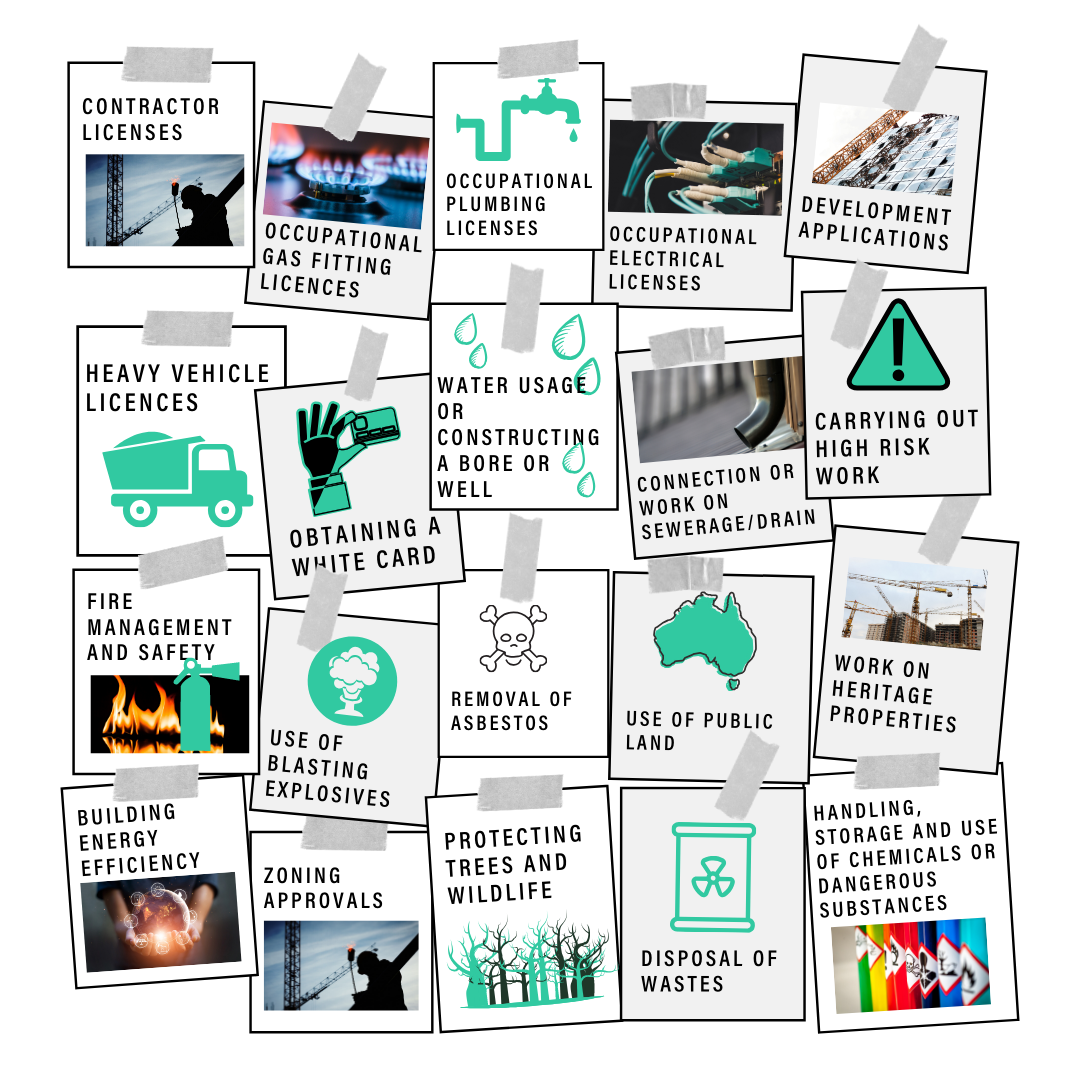 The two most significant state regulators are the Queensland Building and Construction Commission and Worksafe.

I have relied on an excellent Commonwealth Government website for the above information.

I am of the view that all industry legislation must be stripped back to that of a basic nature. This is not to say that important standards and protective measures be reduced. Far from the case. But I believe that regulation of the construction industry for now and in the foreseeable future must be tailored to reflect a heavy dose of reality.

Many construction businesses now, or in the future, will be under serious financial stress. The Prime Minister has indicated as much in the above-mentioned article.

Furthermore, the fact that the Commonwealth Government has enacted the temporary relaxation of some aspects of the Corporations Act 2001 (Cth) is evidence of the fact that it believes large numbers of businesses will become insolvent in the next 6 months. In an article entitled Coronavirus crisis triggers short-term relaxed insolvency laws, I stated:

“The responsibility to avert insolvent trading, and the accompanying personal liability for directors, will not apply to debts incurred by a company, on or after 24 March 2020 for 6 months. This period can be extended by regulation.”

Consequently, considering these dire economic circumstances, I am of the view that most industry legislation in its current form should not be in place for the duration of this crisis. I cannot think of one piece of current legislation that would have been drafted with these unparalleled events in mind.

In my two previous articles, I have raised issues concerning the current Minimum Financial Requirements for licensing and operations of adjudication, in the context of their suitability while the economy is in hibernation.

It is vital that as businesses struggle to survive now, and in the future, they are not the subject of unnecessary, costly and ineffective regulatory requirements.

If this were to happen it would be like a boxer entering the ring for the fight of their life with one hand tied behind their back.

The economy will be in recession for a long period.

In an article in the Financial Review, the results of a survey of economists revealed that even taking into account all the government’s stimulus and job-saving measures, the Australian economy will:

One of the many consequences of the economy being in recession for such a long period is the revenue hit it will deliver to governments, who in turn will have to prioritise their expenditure.

The introduction of statutory trusts to protect payments to subcontractors, in circumstances when the industry was buoyant and the economy enjoying a period of good growth, would have been a major disruption. However, for this reform to happen now, when the economy is in hibernation and recession, would, in my opinion, cause untold additional hardship for builders and subcontractors.

Builders and subcontractors need each other equally. However, it is a fact that subcontractors only get engaged by a builder after the builder has entered into a contract with a client.