Trust in Trusts to Solve SOP Issues is Vanishing

Michael Chesterman, Consultant at Helix Legal, shares how the trust in trusts to solve Security of Payment issues is vanishing in Western Australia and New South Wales, while taking a critical examination into the current situation in Queensland.

This is certainly the case in two Australian states.

In an article in the Financial Review entitled WA backflips on subcontractor protection, it is stated:

‘“WA’s Building and Construction Industry (Security of Payment) Bill 2020 released last week omits any reference to the trusts, despite Mr Quigley’s promise to do so. It’s a huge blow for subcontractors, particularly at a time when the pandemic-hit Australian economy will need the extra protection they would bring.”

Elsewhere in the article, the point is made that builders are pleased.

“We welcome the fact that they aren’t in there,” said John Gelavis, executive director of the Master Builders Association of WA, who said the government had taken a consultative approach to the issue.

“They’ve continued to take on board our feedback and advice, which is very good.”

In a subsequent article in the Financial Review entitled NSW won’t bring in trusts for subcontractors, it is stated:

‘“The NSW building regulator will not set up trusts to protect subcontractor payments, saying blockchain-based systems ensuring buildings were built to plan could also enable timely payments to the small businesses building them.

Speaking after the WA government backflipped on draft legislation to bring in so-called cascading statutory trusts protect payments to subcontractors that can be lost when builders fail or go into administration, NSW Building Commissioner David Chandler said he opposed the idea.

“Why would you want to embed the economy with huge governance and compliance costs for progress payments when your focus should be on making sure the things for you are are paying are truly worth being paid for?”

What is the situation in Queensland?

Before COVID-19 caused major health and economic consequences, the Government was committed to the continued roll-out of introducing statutory trusts as a key SOP reform.

Statutory trusts in the original form of project bank accounts were a key reform contained in the Building Industry Fairness (Security of Payment) Act 2017 (BIFA) that became law on 10 November 2017.

So, while the language changed, the idea remained similar. We are talking about the ring-fencing of money.

In a previous article, I pointed out this fact. The Explanatory Notes for the Bill states that, concerning penalties:

“The Bill replicates several existing BIF Act offences, including the corresponding penalties. High maximum penalties were applied to the BIF Act when it was first made, and it is appropriate that these be retained. The penalties provide strong deterrence from non-compliance, enable the courts to impose more meaningful penalties, such as imprisonment, where appropriate and emphasise to industry and the community the seriousness of the offences under the legislation. New offences associated with the trust account requirements have been based on existing BIF Act offences as well as other trust legislation, including the Legal Profession Act 2007 and Agents Financial Administration Act 2014. The Bill also creates an offence under the BIF Act where a respondent, for a payment claim, pays less than the amount stated in a payment schedule.” 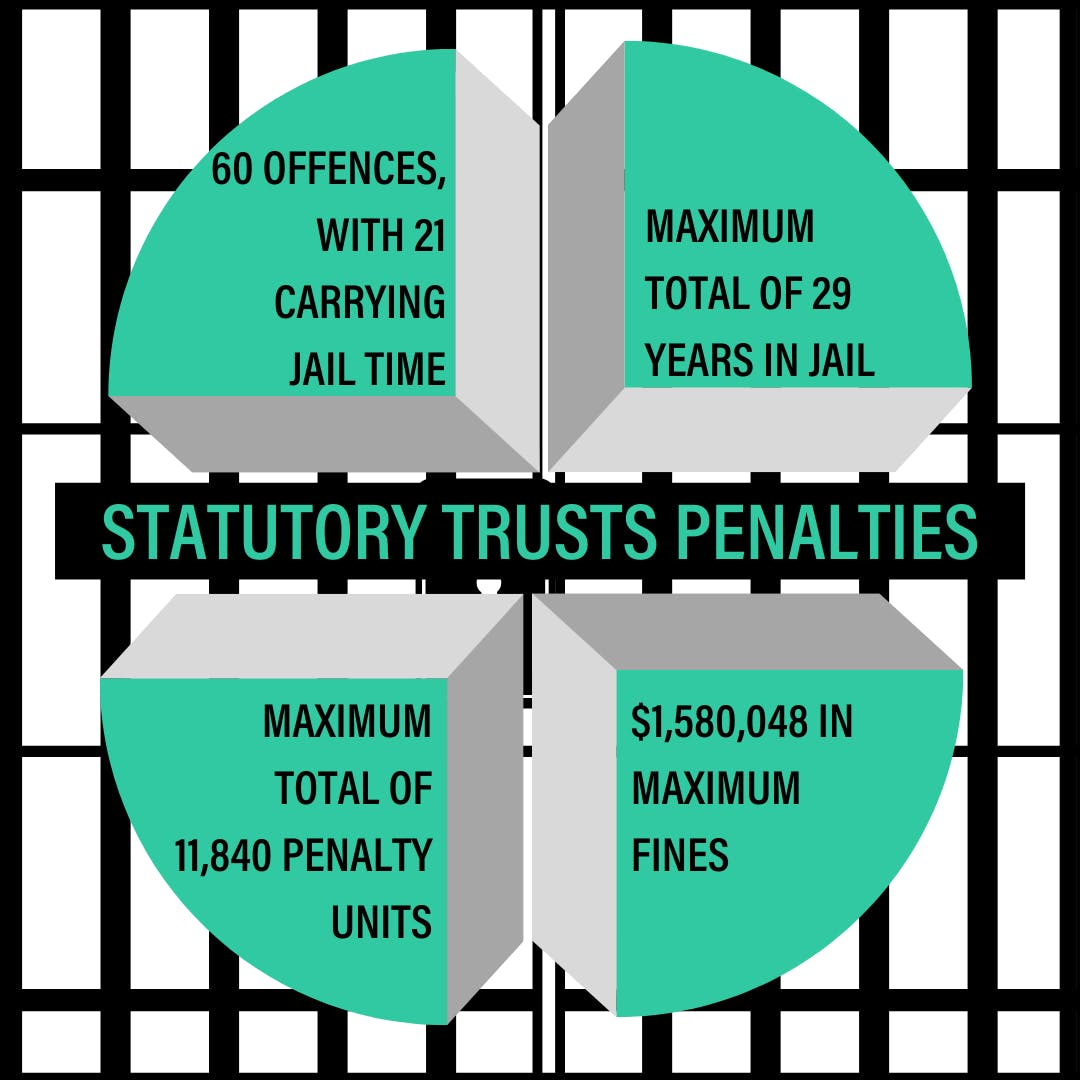 Prior to COVID-19 causing serious health and economic issues in Australia, I stated in the above linked article:

“I am of the view that the time has come for head contractors and principals to become informed on the operations of project trusts and retention trusts. While there may be some changes to their operations as a result of current deliberations by parliament, I do not expect them to be anything of a major nature.”

On 1 April 2020, the responsible Minister, Mick de Brenni, informed a meeting of the Ministerial Construction Council that:

“The Transport and Public Works Committee (Committee) had handed down its report on the Building Industry Fairness (Security of Payment) and Other Legislation Amendment Bill 2020 and thanked members for their contributions. The Committee made 12 recommendations, including that the Bill be passed. The Minister assured members that security of payment remains a priority and that the Queensland Government will ensure the Bill is progressed as soon as it is possible to do so.”

The notice paper for 16 June 2020 identifies government business, orders of the day, and lists ten Bills for consideration. The BIF Amendment Bill is currently number nine. However, these orders of the day can change.

Like everybody else in the industry, I will just have to wait and see what the Government decides to do concerning statutory trusts.