Macpherson and Kelley’s Rita Khodeir and  Georgette Georges  discuss the intellectual property stoush between Bega Cheese Limited (Bega) and Kraft Foods Group Brands LLC (Kraft) that has been resolved with the Federal Court awarding Bega the exclusive rights to use the distinctive yellow, red and blue packaging to market its peanut butter.

After the acquisition, Bega started selling Bega branded peanut butter products (as depicted below) using the Peanut Butter Trade Dress being “a jar with a yellow lid and a yellow label with a blue or red peanut device, with the jar having a brown appearance when filed” (“the PBTD”). 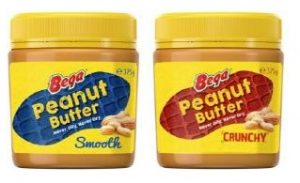 The same year Kraft began to sell a peanut butter product under the brand “The Good Nut” but using the PBTD, as depicted below: 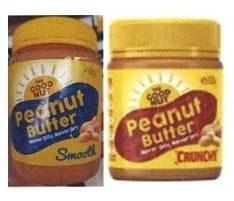 Unlike the peanut butter though, the acquisition process wasn’t smooth, with a dispute arising over the ownership of the PBTD.

Bega alleged that in addition to the recipes, it had also purchased the right to use the PBTD.  Bega claimed that it had exclusive rights to use the PBTD in conjunction with peanut butter manufactured at the factory in Victoria that was acquired as part of the acquisition of Mondelez.

Kraft said that the PBTD was never Mondelez’s to sell and that under the terms of the acquisition, Bega could only use Kraft’s branding under licence which expired on 31 December 2017. Further, Kraft contended that upon expiry of the licence, Bega ceased as licensee to have the right to use the PBTD.

The two companies counter-sued each other, alleging that the other’s use of PBTD amounted to misleading and deceptive conduct under Australian Consumer Law.

It appears that concerns regarding the similar packaging were well-founded with major supermarkets declining to stock Kraft’s new peanut butter, citing the likelihood of consumer confusion.

The two parties were also in dispute over breach of copyright (Bega against Kraft), wrongful use of Kraft “shippers” (cardboard boxes used for display in supermarkets) by Bega and breach of contract.

On 2 May, Justice David O’Callaghan found that Bega had acquired all rights to use the PBTD when it purchased the assets from Mondelez Australia and that Bega was entitled to exclusive use of the PBTD. Orders and damages will be determined by the Federal Court at a later date.

The core issue in dispute between the parties related to the ownership of the PBTD. The PBTD was an unregistered trade mark in Australia.

Issue 1: What is goodwill and what is the legal nature of the PBTD as an unregistered trade mark?

In respect of PBTD, Kraft argued the following:

In respect of this issue, Bega argued that it was not possible to assign the trade dress, being an unregistered trade mark, because it was an inseparable part of the goodwill of the business and could never be assigned without the whole of the relevant (peanut butter) business also being assigned.

His Honour agreed with Bega’s submission and found that

“the goodwill in the peanut butter products business that Bega acquired from MAFL in 2017 was derived from all things that MAFL owned and sold to Bega, including, among other things, the plant and machinery within the factory used to make peanut butter, all of the necessary agreements with third parties for the supply of raw materials, the packaging, warehousing, promotion and the sale of all of the peanut butter, and the staff involved in its production, promotion and sale. It is that business, with all of those assets that created the goodwill that Bega acquired, and which was inseparable from the business”

His Honour did not accept that the PBTD was only a “diagnostic cue” to the Kraft brand. Nor did His Honour accept that there was no separate goodwill referable to the PBTD. His Honour found that, the fact that Bega started manufacturing and selling Bega branded peanut butter products using the PBTD and assumed Kraft’s peanut butter market share as soon as Bega took over the Kraft business was in itself “overwhelming evidence that the proposition that the sole attractive force for sales was the Kraft brand cannot possibly be correct“.

Issue 2: What did/does the PBTD designate to consumers?

His Honour agreed with Bega’s submission that because the PBTD is an unregistered trade mark, it “designates to a consumer that the trade origin of the products on which it is applied is separate and distinct from the trade origin of all other peanut butter products that do not have the Peanut Butter Trade Dress applied to them”.

Issue 3: How does goodwill inure to an entity?

In respect of this issue, His Honour found as follows:

“Goodwill inures to an entity by that entity using, in its business, all of the sources that give rise to the attraction of custom in the business”.

Issue 4: How is an unregistered trade mark in Australia assigned or transferred?

In respect of this issue, Kraft argued that before the restructure, Kraft Foods Limited (which was later renamed Mondelez) used the PBTD and the registered Kraft trade marks under licence from Kraft Foods Group Brands LLC.

After the restructure and pursuant to the Master Trademark Agreement (MTA), Kraft argued that ownership of the goodwill of the PBTD was assigned to Kraft. The PBTD was then sub-licensed to Kraft Foods Limited and later to Mondelez until 31 December 2017.

Bega argued that the purported licence and purported assignment of the PBTD under the MTA were ineffective as a matter of Australian Law.   They argued the:

“MTA was legally incapable of effecting any assignment of rights in the PBTD to the first applicant because KFL, which owned the relevant goodwill in its business, was not a party to the MTA; and rights in the PBTD were not assignable under Australian law without an assignment of the underlying peanut butter business and its goodwill. Such rights were instead retained by KFL/MAFL.”

His Honour accepted Bega’s proposition that “the assignment or licencing of unregistered marks is not possible without the assignment of the underlying goodwill of the business” (here, the peanut butter business of Mondelez).

Issue 5: Has Bega breached the ACL by using the PBTD because of any association it has with the Kraft brand and did Bega engage in passing off or misleading and deceptive conduct through the use of the PBTD?

The answer to both questions is no. It was held that:

Issue 6: Did Kraft engage in misleading and deceptive conduct or passing off through the use of the PBTD

Yes as the “goodwill in the PBTD inures to the benefit of Bega”.

While a long and costly dispute about peanut butter seems nutty, the dispute has brought to light some important issues which all businesses should consider when developing, licensing, selling or enforcing their IP rights.

This dispute also highlights the true cost of litigation. From all perspectives, this case has proven to be costly to Kraft. Undoubtedly, the legal costs associated with this case would have been significant. Further, as mentioned above, Kraft has lost its significant market share. Additionally, the dispute may have also damaged Kraft’s reputation in Australia. Many consumers have viewed the dispute as a battle between a large American company trying to squash a smaller Australian company.

Rita Khodeir is a Principal Lawyer in Macpherson and Kelley’s Commercial team. With 18 years’ of experience as a lawyer, both as an advisor and a litigator, Rita has a particular focus on high-stakes disputes affecting her clients’ brands, businesses, commercial reputations and property. Rita’s key areas of experience include Intellectual Property commercialisation, advice and management and litigation, including general commercial disputes and Intellectual Property, where Rita has represented manufacturers, distributors, retailers, subsidiaries and franchisors. Connect with Rita via email rita.khodeir@mk.com.au

Georgette Georges, is a Lawyer in Macpherson and Kelley’s Commercial team. Connect with Georgette via email georgette.georges@mk.com.au

You can also connect with Macpherson and Kelley via Twitter