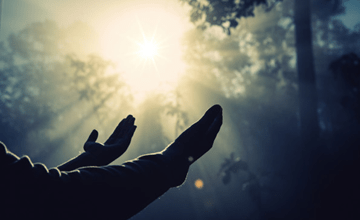 Religious Discrimination Bill Encroaches Too Heavily On Other Human Rights

Ann-Louise Brown, Senior Communications Advisor at the Law Council of Australia reports on the effect of the Religious Discrimination Bill on other human rights.

The proposed Religious Discrimination Bill contains a range of new and unorthodox protections that prioritise freedom of religious expression over other well-recognised human rights, says the Law Council of Australia.

The Law Council’s submission on the Bill recognises there are opportunities to consolidate and strengthen federal protections against discrimination on the basis of religion. But it notes under the proposed laws religious expression may, in a range of cases, trump the right not to be discriminated against on the grounds of race, sex, sexual orientation, disability, or age – as well as the right to health care.

“The model proposed in the Religious Discrimination Bill purports to be based upon the approach in other federal anti-discrimination laws,” said Law Council of Australia President Arthur Moses SC.

The submission identifies a range of concerns held by the Australian legal profession, including:

Mr Moses said key sections of the Bill would benefit from reconsideration.

“Freedom from discrimination on the ground of religion, and the freedom to manifest one’s religion, are important human rights that should be vigorously upheld,” Mr Moses said. “But the same applies to other human rights, such as the right not to be discriminated against on other grounds such as race, sex, sexual orientation, disability, or age.

“This is really a debate about what type of Australia do we want to be. The peaceful and harmonious diversity we have achieved in Australia is the envy of other nations. It should not be tinkered with by knee-jerk reaction legislation that may have unintended consequences. The Bill, if enacted, would create significant new rights at the expense of other rights. “

“It is, plainly, a step too far to allow a dentist to refuse treatment on religious grounds. It is similarly excessive for a religious school to be able to exclude all contractors of contrary religious beliefs. Freedom of expression and religious freedom must accommodate tolerance and broader anti-discrimination principles.”

Mr Moses noted the best way to resolve tensions between rights would be by a legislated Charter of Rights.

If you are interested in hearing more about Religious Discrimination, consider attending our upcoming seminar, Religious Based Institutions: The Legal Issues, where Neil Foster will delve into the dichotomy between freedom of religion and freedom of expression.

Ann-Louise Brown is an experienced media professional with a background in print and online journalism, strategic communications, campaign management and higher education. As a journalist, she has worked all over Australia for major media outlets and have a keen interest in digital and social media. Currently in Canberra, Ann-Louise has worked in strategic communications for a diverse range of high-profile clients. Connect with Ann-Louise via LinkedIn