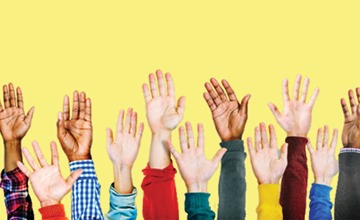 Luke Geary, Partner, together with Georgia Haydon, Lawyer at Mills Oakley, provide an overview of how the Royal Commissions have affected civil claims for institutional abuse. Luke will be delving further into this topic at his upcoming presentation at the Civil Claims for Institutional Abuse: Settlements, Stays & Damages on Wednesday 21 October 2020.

Prior to these changes in legislation, claimants seeking compensation for childhood sexual abuse often settled claims directly with the responsible institution by way of a deed of settlement. Those deeds usually contained a clause releasing the institution from any future liability, so as to grant finality and certainty to the matter for the institution and survivor.  After hearing from victims who had so settled their claims, the Royal Commission found that victims were often unrepresented and not independently advised, raising concerns about claimants feeling coerced into settling claims.

Queensland and a number of other jurisdictions have enacted specific provisions empowering courts to set aside previous judgments / settlements of actions that were time barred.[1]

The Queensland Court of Appeal case (when read with the Trial Judge’s decision), TRG v The Board of Trustees of the Brisbane Grammar School[2], provides commentary on the process in Queensland.[3]  The relevant provision in Queensland states that a court may set aside a settlement agreement in relation to a child sexual abuse claim if it is “just and reasonable to do so”.

In Brisbane Grammar, an order was sought to set aside a settlement agreement entered into between the applicant student and the respondent Brisbane Grammar School.  A settlement agreement had been entered into in 2002.  Importantly, the School and the applicant were both fairly represented by eminent Queen’s Counsel as part of the settlement process in 2002.  Ultimately, both the Trial Judge and Court of Appeal found that the settlement figure was a fair reflection of “the factual and legal strengths and weaknesses of the parties’ respective cases properly assessed at that time by them”.  Accordingly, the Supreme Court and the Court of Appeal held that it was not just and reasonable to set the settlement aside.

Notwithstanding the lifting of limitation periods in every jurisdiction throughout Australia for child sexual abuse cases, courts will still consider permanently staying proceedings if allowing a trial would be manifestly unfair, having regard to:

It will also be important to a court when considering granting a Stay if it finds that the defendant has prejudiced itself, as a result of it not pursuing lines of inquiry when they were open.  The Council of Trinity Grammar School v Anderson[6] is a case in which the NSW Court of Appeal permanently stayed proceedings on the basis that Trinity was unable to deal meaningfully with the claim.  In doing so, the Court held that continuing the proceedings would be unfairly oppressive and burdensome to Trinity.   Amongst other things, Trinity believed that the police had undertaken investigations into the allegations made in 1997 and had therefore undertaken limited investigations of its own into the allegations.  By the time the matter was again brought to their attention in 2014, relevant witnesses had died and little evidence was available to the School to defend its position.

Setting aside: Both parties’ interests are relevant in determining if it is just and reasonable to set aside a settlement agreement.  Otherwise, the law recognises the desirability of “the finality of litigation and the sanctity of binding contractual bargains”.[7]

Stays: Institutions should ensure that timely investigations are conducted on notification of a claim and be able to identify the availability or unavailability of relevant evidence (both documentary and by way of living witnesses) necessary to meaningfully deal with the claim.

[3] The judgment at first instance was TRG v The Board of Trustees of the Brisbane Grammar School [2019] QSC 157 heard by Davis J of the Queensland Supreme Court.

Luke Geary regularly acts for ASX200 listed companies, impact financiers, non-profits and religious institutions nationally. Luke also acts for individuals in high profile, social justice issues cases. Luke has particular expertise assisting institutions in responding to claims of child sexual abuse under a restorative justice framework and in accordance with best practice principles identified by the Royal Commission into Institutional Responses to Child Sexual Abuse. In other instances, Luke acts on behalf of survivors in certain cases against government agencies and other institutions. Additionally, Luke has been recognised as one of Australia’s leading lawyers representing victims of human trafficking and labour exploitation. Luke is a recognised expert in modern slavery law and assists large organisations in their compliance with this new regulatory regime. Luke is often called upon by NFPs / charities at times of crisis to assist them to manage governance, operational and reputational issues which have arisen and which are critical to their survival, typically in Royal Commissions, Coronial Inquests and other major public Inquiries. Luke is the founder and former managing partner of the unique social enterprise law firms ‘Salvos Legal’ and ‘Salvos Legal Humanitarian’, which are wholly owned by The Salvation Army. You may connect with Luke via email: [email protected] or LinkedIn

Connect with Georgia Haydon via LinkedIn