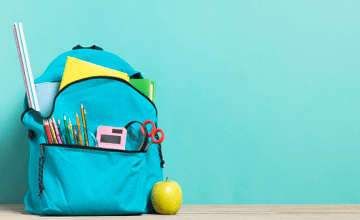 Student Discipline and the Education Act 1989

Gretchen Stone, Partner at HarrisonStone Lawyers delves into the legal framework for student discipline, with practical insights when faced with this challenge. Gretchen will be speaking more on this topic at her upcoming presentation at the Education Law Conference in Auckland, where she will also look into the school’s jurisdiction for student misbehaviour on and offline.

The Legal Framework for Student Discipline

The law applying to the Principal’s decision to stand down or suspend a student, and the Board’s decision to return, exclude or expel a student are contained in:

Section 13 of the Act provides the overriding focus and purpose when dealing with student discipline. The section emphasises the importance of three factors:

Note that in both subsections two elements need to be present, the first is establishing the behaviour of the student as being of sufficient seriousness, while the second is the risk this behaviour poses to other students.

There are restrictions around standing a student down, including that the stand down may be for one or more specified periods which must not exceed 5 school days in any one term, or 10 school days in total in that year.  The Principal must advise the Ministry and parent of the stand down, the reasons for the decision and the period for which the student has been stood down.  The student’s parents may request a meeting.

In deciding whether to stand a student down or suspend, the Principal only need to satisfy him/herself that the requisite factors have been met. There is no obligation to consult with a student’s parents prior to a suspension or stand down decision being made, although a Principal can choose to do so. This was confirmed in the Court of Appeal decision of Bovaird v Board of Trustees Lynfield College.

The Principal should however ensure that they have all of the information in relation to the incident(s) before making the suspension or stand down decision.  There is no time limit on the decision to suspend or stand down, the matter should be dealt with promptly but should be thoroughly investigated before a decision is made as to whether stand down or suspension is appropriate.

A Principal who decides to suspend a student has the following duties:

One important concept in determining whether there has been gross misconduct or continual disobedience is the idea of “zero tolerance”. In legal terms, schools should not tolerate violence – they are required to take all reasonable steps to prevent it, and such steps include dealing decisively with it when it does occur.  Care needs to be taken, however, to ensure that any sanction imposed is appropriate in the particular circumstances and is not determined solely by the “zero tolerance” policy.  While a zero tolerance policy is reasonable, there should not be an automatic stand down or suspension as a result of a breach of it.

Jurisdiction – When is it an issue for the school to deal with and when is it not?

Schools are increasingly having to address misconduct that occurs outside of school, and this is particularly relevant in the context of social media.  There is a jurisdictional issue which is sometimes raised and for which there is no clear or definitive answer for every situation.

Although not the focus of any Court decisions, the jurisdictional issue is something that has been raised by representatives for students in both Court and Ombudsman inquiries. For example, in the case of J v Board of Trustees of Lynfield College [2007] NZAR 660, it was suggested that when the student was initially suspended he was truanting and the alleged misconduct had occurred outside the school grounds – the student was brought back to school where his bag was searched and drug paraphernalia was found.  This submission was not accepted by the Judge and similarly, in an Ombudsman inquiry involving a challenge to the suspension of a student who was said to have smoked marijuana at a house away from school during lunchtime, the Ombudsman was satisfied that the school had jurisdiction in relation to the matter.

The jurisdictional issue in the context of social media has not yet come before the Courts in New Zealand.  As outlined above, the focus when considering jurisdiction is on the impact on the school community.   For example, Facebook exchanges between two students on their own personal digital devices which occurs in the evening will be outside of the school’s jurisdiction.  However, when the same two students engage in a fight at school and one student brings a weapon to school because they say that they need to defend themselves from the other student, the Facebook exchanges may become relevant in the context of disciplining the students in relation to the fight.

A Principal will need to determine whether in relation to social media communications outside of school, there is a sufficient nexus between the offending and the school.  Generally, where there is the potential for negative effects on the wellbeing of others within the school community, then the Principal will have jurisdiction, and in fact a positive obligation, to act.  Of course where the incident occurs within school hours or on the school computer system, there will certainly be jurisdiction for the school to investigate.

Gretchen Stone is an employment specialist, and provides a broad range of general employment advice for clients. Gretchen also has a background in corporate and commercial law, and provides commercial advice to clients on all aspects of commercial and corporate law. Gretchen has extensive employment experience, and acts for a range of clients in dispute matters, as well as drafting compliance documentation and agreements, and general advice on employment law. Gretchen’s areas of industry expertise include education, service industry, transport, and manufacturing. You may connect with Gretchen via email or LinkedIn