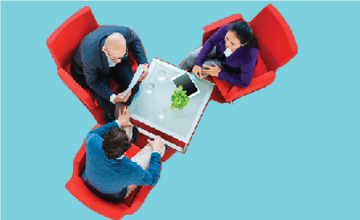 Raymond Giblett, Partner and Timothy Chan, Associate at Norton Rose Fulbright Australia, share their insights on allocating risk during uncertain times, with reference to the key Tokio case. They will be taking a deeper dive into this topic at the upcoming Allocating Risk in Risky Times webinar on Tuesday, 28 July 2020.

Principals of construction projects frequently engage contractors to provide various services to the project. These agreements commonly contain risk allocation clauses.  Among these clauses, there is commonly a requirement for one of the parties to obtain insurance for the other. It is usual for these types of insurances to note one of the parties as a ‘Named Insured’ and other parties as a third party beneficiary. Depending on the insurer, parties listed as a ‘third party beneficiary’ may be referred to by class rather than name.

It is important to examine the policy schedule and wording to ensure the insurance indeed provides adequate protection for the parties, especially third party beneficiaries not listed by name, as this can be a point of dispute with the insurer as occurred in this recent decision. Without close review, a party may assume they are insured and only find out they are not when it is too late. In the case discussed below, it turned out cover applied to a third party beneficiary even though not referred to by name in the policy. However, this was not without strong resistance from the insurer resulting in a court of appeal decision.

What happened in this case?

The appeal turned on whether, when properly interpreted, Holgersson was an ‘Insured’ under the Policy in circumstances where the definition of ‘Insured’ referred to the Schedule, and the Schedule referred to ‘Principals, Contractors and Sub-Contractors’ but did not list them by name. Mosman Bay, the contacting insured, was the only entity listed by name on the Schedule.

At first instance, Tokio contended the inclusion of the words ‘Principals’, ‘Contractors’ and ‘Sub-Contractors’ in the definition of ‘Insured’ was not sufficient to extend cover to an entity falling within the ordinary meaning of the respective term unless it was ‘named’ by proper noun. As Holgersson was not listed by name, it was not an ‘Insured’. The primary judge disagreed.

During the appeal, Tokio submitted there were two main reasons for its view:

Luckily for Holgersson, the court found there was no reason to depart from the ordinary meaning of ‘named’. The ordinary meaning did not require the entity to be identified by their formal name or business name. A person or entity can be ‘named’ if described by class. Another important factor was that the description of ‘Insured’ in the Schedule was ‘Mosman Bay Construction Pty Ltd and all Principals, Contractors and Sub-Contractors’. The court found the evident intention was to expand the definition of ‘Insured’ beyond Mosman Bay. If the listing of ‘Principals, Contractors and Sub-Contractors’ did not constitute naming, then the inclusion of these types of entities would be of no consequence.  Therefore the court found it was preferable to treat the listing of ‘Principals, Contractors and Sub-Contractors’ as constituting ‘naming’, and expanding the definition of ‘Insured’.

In reaching its decision on this separate ground of appeal, the court set down some basic principles about construction of contracts. The court is generally reluctant to construe a contract in a manner rendering part of it superfluous, especially where the contract contains terms that are unique to the particular transaction. Furthermore, the court will only omit words in interpretation a contract if there is an obvious error, or where those words are inconsistent with or repugnant to the objective intention revealed by the contract as a whole.

The court rejected Tokio’s submission that the ‘naming’ of ‘Principals, Contractors and Sub-Contractors’ as being included in the definition of ‘Insured’ was an obvious error because it was open to the parties to name a non-contracting party as an ‘Insured’, and provide these third party beneficiaries with cover as if they were an ‘Insured’. There was nothing in the policy wording which prevented a person who was not a contracting party from being treated as an ‘Insured’, and nor was there any justification for applying the requirement in the definition of ‘Named Insured’ to the definition of Insured in the Schedule, especially since the Schedule was specifically prepared for this transaction.

Tokio had not proven that there was ‘clear necessity’ to adopt its interpretation in order to avoid absurdity, nor did it prove that the alternate interpretation would produce consequences so uncommercial and incoherent with the policy wording so as to be an obvious mistake.

This decision reminds principals and contractors to examine insurance policy documents closely to ensure the insurer has properly described the covered entities to avoid disputes with the insurer down the track.

While broad descriptions of the insured like the one used by Tokio inadvertently expanded cover in this case, which was good news for Holgersson, depending on the construction of the particular policy in question even broad phrases may not be adequate to extend cover to a third party beneficiary.

In addition to reviewing the policy wording, parties should also closely review the policy schedule, which is specifically created for a particular transaction, as it may provide persuasive evidence of the parties’ intentions.

Ray Giblett is a partner in our Sydney office and an insurance lawyer with over 20 years’ experience.  Ray is recognised as one of Australia’s leading insurance lawyers in Chambers Asia Pacific, Legal 500, Best Lawyers (2013 Sydney Insurance Lawyer of the Year) and Euromoney’s guide to the World’s Leading Insurance and Reinsurance Lawyers. Connect with Ray via email or LinkedIn

Timothy Chan is an insurance lawyer based in Sydney. Providing advice on the full spectrum of insurance matters, Tim regularly works with clients on the set up of insurance businesses, distribution issues, licensing in Australia, reinsurance and coverage disputes. He also has experience advising financial institutions on eligible regulatory capital requirements under APRA’s prudential standards, and the use of specialist risk transfer solutions. Connect with Timothy via email or LinkedIn